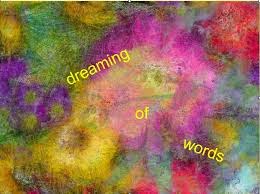 Figurative language is important in poetry in telling a story, describing an object or situation, expressing feelings or to narrate an event. It is used to convey important messages to the reader through use of metaphors to explain how the character feels, to add humour, to inspire readers by bringing interest and passion into the work in a way that will appeal to the emotions.

By using linguistic elements that go beyond standard sentence structure, the poet encompasses aspects of language that appeal to, and communicate by, sound and sight. Everyday language is less effective in any literary work than figurative language because normal language is mundane, ordinary, and figurative language is used to escape from banality, to add colour and vitality to poetry.

Like many of Robert Frost’s poems, The Road Not Taken, seems simple and direct, while luring readers with a rhythmic poem that could have a figurative or literal meaning depending upon how the poem is analysed. While the poem is about a traveller who comes upon two roads when walking in the woods, he cannot travel both roads and therefore must make a decision, eventually choosing the road less travelled realizing that he cannot go back. In a figurative sense he is referring to the choices made in life and how choosing to take the lesser known (less travelled) road opens the way to deeper learning.

In his poem, Stopping by Woods on a Snowy Evening, Frost use of figurative language is important to separate the ordinariness of a snowy evening to one tinged with suspense and wonder. He gives a hint of his intention in the last line of the first stanza, ‘To watch his woods fill up with snow,’ to show he means to remain in the woods for a long time – until death.

Both of these poems are examples of the importance of figurative language in poetry as they appeal to the imagination, providing new ways of looking at the world that are more interesting, unique or surprising. Frost uses imagery and metaphor to tell an underlining story – in a way, taking the reader on ‘the road less travelled’ to make their own discoveries.
Posted by Merlene Fawdry at 1:02 PM