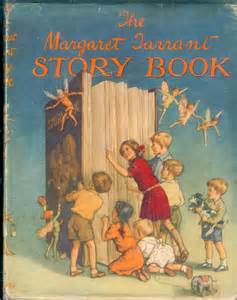 My writing role models would have to be those whose own writing influenced my life at different periods, beginning with Margaret Tarrant (1888-1959) children’s book illustrator and author of the first book I owned and passed on to my granddaughter only a couple of years ago. Next came Mary Grant Bruce and her fabulous Billabong series of books that introduced me to the outback and after that, Violet Needham. The list then blurs as I moved from Betty McDonald, Victoria Holt, Lance Horner and Kyle Onstott, Hemingway, to Tolkien, Richard Adams, Sandburg, Frost… and the list goes on. All of these have been my writing role models, sculpting my inner writer through the diverse carving up of words into sentences and weaving stories to entertain and enthral. 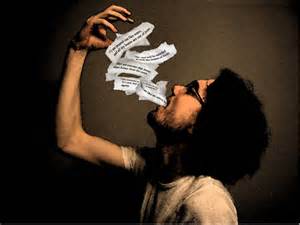 My writing has been influenced by every book I’ve read, every author leaving their mark in one way or another, but if I was to nominate one it would have to be Henry Lawson (1867-1922), the master story teller and the poet who had the ability to expose the soul of people and the texture of life. 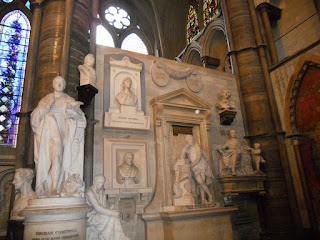 Likewise with poets, where the influence has been with the circumstances of the time, from the classic poets studied during my school day to 20th century poets like  Frost, Ginsberg, Pound, Plath, Thomas, to name just a few and back to Henry Lawson, Bruce Dawe, Judith Wright, Gwen Harwood, Oodgeroo Noonuccal, Murray and Wicks in my own country.

I don’t have any writing mentors per se, however, I consider any person or writing peer who comments on my writing/poetry to be a mentor, as this provides ongoing correction, encouragement and guidance vital to the living art of writing. 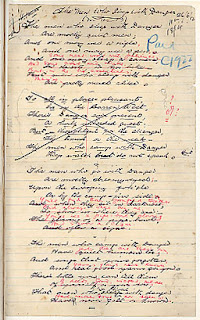 They lie, the men who tell us in a loud decisive tone
That want is here a stranger, and that misery’s unknown;
For where the nearest suburb and the city proper meet
My window-sill is level with the faces in the street —
Drifting past, drifting past,
To the beat of weary feet —


While I sorrow for the owners of those faces in the street.

Posted by Merlene Fawdry at 9:39 AM